'You look good in the uniform.'

Before the war, she said to me.

It was the last time she organised my collar. She had her hand on my chest. The look on her face was calm. She wouldn't move one bit even if the sky came crashing down at that moment.

'Your heartbeat is steady and strong. So I believe - you'll live for a long time - I have listened to it many times.'

I see myself as that kind of person who cannot stay in one place for long, and I actually became one of those people. I set my feet across the world, and I spent much time drifting through the European continent.

Andorra- it maay not be the remotest country in the world, but I am confident that it could make it into the top three in Europe. Most Taiwanese might even think France and Spain are completely bordered, but there's this d'Andorra existing deep in the Pyrenees which separates the two countries.

Of course, I wouldn't blame anyone in Taiwan for unawareness. Aside from people who are really into skiing, backpacking, and smoking untaxedly, I wouldn't expect anyone other than ghost-like men such as me to visit such a snowy place - a realm without even train tracks. Legend has it that in the eighth century, a French duke was tired of the Holy Roman Empire's successive years of foreign wars, so he took his family to the mountains and established a world for himself - this is said to be the origin of the Principat d'Andorra.

The first time I heard such a story somewhere, I couldn't help but think of The Peach Blossom Spring that existed in our textbooks during our middle school years - not only that Blossom Spring, but also the one I have always been searching for.

So in the summer of 2012, I visited Andorra alone - the place is covered by snow all year round anyway.

At the time I had just ended a heartbreaking trip in France. It was impossible for me to give in, yet nor could I cry, so I jumped on a train that departed from Toulouse, all the way to the south.

As I have mentioned before, trains would only reach the foot of the Pyrenees. To reach the place, one needed to find some other way. Most people would choose to drive, but I hadn't even got a driving license, let alone being able to rent car. There were also buses, but only two buses each day - one to go up, one to come down. On the day I arrived, I had missed the one bus to go up, but I was not willing to turn back. So I waited, by the snowy high road, sitting and, waiting in boredom.

When I couldn't see an end to it - just when I was finally about to give in, a yellow car appeared by the col, driving towards me. I don't know what it was - either that peach blossom spring, or some movie plot, or some hope to meet 'her' in the future instead of freezing to death - that drove me to pick myself up, stick my thumb out, and ask for a ride.

The yellow car stopped. In the car it sat a Spanish couple who were there to ski. They were kind and agreed to take me up to the mountain. I accepted it, for granted - which is really a rare thing to me now. And since then, I have set myself down the path to be apart from the world.

Andorra is not a singe piece of land, but a collection of quite a few tiny mountain towns. The tiny town the Spanish couple took me to was called Pa Da La Casa. Very few people among the 2000 residents of Pa Da La Casa could communicate in English. Fortunately, the owner of the resort hotel in town is a weary man from Australia, who could actually understand what I was trying to say.

I would definitely be astonished if I ran into another old-fashioned hotel such as the one in Pa Da La Casa nowadays. But me at that time accepted it without hesitation: no need to check dates and passport, stay as long as you want, pay when you check out. Such an old kind of hotel simply does not exist in the century of online booking system. To my relief, the weak network signals of Pa Da La Casa was almost as if it's non-existent.

There were very few restaurants in town. I ate most of my dinners in the hotel. The owner often appeared in the dinner room in formal dress, and dined with us. Waiters served us almost too composedly that it took me two hours each day to finish my dinner. I still remember how delicious the local cuisine was.

There were no sunsets nor moonrises in the mountains, and in the freezing weather time fleeted as if it was flying across the river. During one evening while I was dining, I looked around - families who were there to ski, couples who were there for holiday, rich folks who were there to enjoy - we were breathing the same air together in the room, and I was the only one alone.

It's not the peach blossom spring after all.

The month I spent in Andorra, I skiied, wrote, walked in the snow, walked among the locals, fell for the blonde waitress who smiled at me every day, almost died from falling off the mountain... but what I have done the most, was think. For many times I looked across the hills, covered by snow, outside the window, waited, in the dimness of twilight, waited for the first ray of light to lit the hilltop, and turn the unlit parts cyan coloured.

The day I left the mountain, I had not found the peach blossom spring in my heart, but felt I had gone to a war, as if I was a soldier.

Soldiers walking too long through the dry land. Everyone is dehydrated and weary - seeing the troops about to collapse, the young man, still in uniform, shouts:

'I know there are peach trees in front! We will be able to survive if we cross another hill!'

Swallowing the pain, they can walk again.

But the peach forest in his heart is actually a forest of peach blossoms, fruitless.

'How could you possibly be sure that there are peach trees on the other side of the hill?'

'I can't be sure.' answers the young man.

'But I have a feeling that I will live on.' 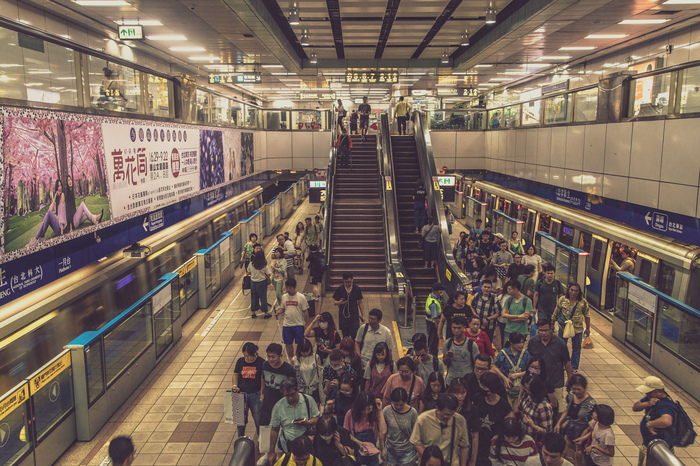