'I heard that soon there will be no more land.'

Under the moon, two pieces of snow are falling slowly.

'I do like forests and grasslands, but how many times did you really fall on land? It's always rooftops, telegraph poles, cars, and mean humans.'

'Yeah,' answered the gray snow, 'Wait, you don't like people?'

'People are selfish and crave for living,' said the white snow, 'Once I was falling on an island, I saw a person eat another person just to live. And there was another time, I fell into an alley, I saw a person kill one of their kind, took the money just live. Not for long, another person with a gun rushed into the alley and, "boom", killed the person who killed.'

'People love living,' said the gray snow, 'There are many things that cannot be changed - you will understand.'

'Why don't they love falling and dying?'

The gray snow recollects something.

'That was rather strange. I was about to land, and I thought I was going to fall on a road with no one on it, but suddenly, a person fell from a rooftop. The way he fell was faster than mine. He passed me in a blink. I was then hit by a tear he left in the air, and he landed with a thud.'

'I wanted to chat a bit more with the tear, but it was too late. We landed very soon on a red-coloured puddle filled with warmth, and then I melted immediately.'

'Why wouldn't he keep playing with children?'

'I too asked the tear,' answers the gray snow. 'The tear said, "Children have grown up."'

The white snow shivers in the air.

'Where will we land this time? In the sea?'

It took a long time before the white snow asked the question.

The gray snow and the white snow are about to land. They are among the first snowflakes to arrive to the land.

A little human girl finds them first, and looks up to the sky in surprise.

Then, all the people on lands raise their heads. They are as surprised as children.

written on a train to Izu Peninsula, 2016 summer 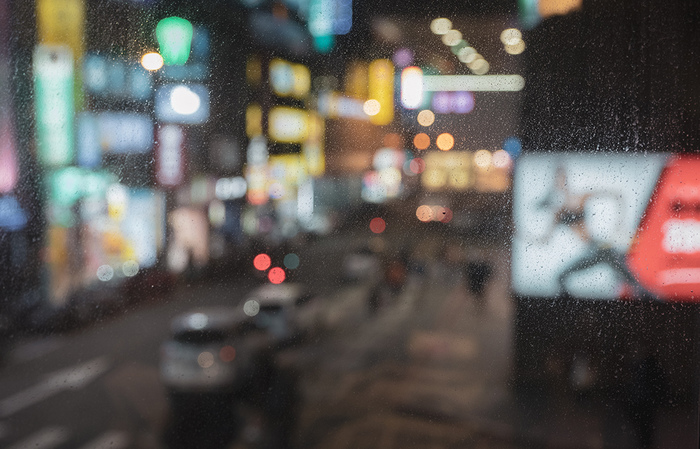